The waning days of summer shift into the crisp air of fall and these are my favorite times of year for many reasons. Near the top of my list is due to the blooming of the magnificent dahlia flower. Their bright vibrant colors are the highlight of every flower bed they are planted in! 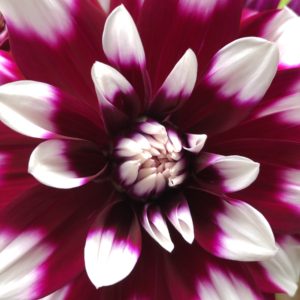 Perfect Petals of the Dahlia

The first recorded history of the dahlia is said to of been discovered in ancient Aztec culture. They used the dahlia plant for food and medicine. Some were so large that they grew 20 feet high and the stems were hollow and used as tubes for hauling water. Dahlia plants were shipped from Mexico City to the keeper of the Royal Gardens of Madrid in Spain and became a popular feature due to their vibrant and appealing colors. Parts from these plants were shared and eventually spread into many revered gardens throughout Europe. Their popularity grew and thousands of varieties were hybridized over the years. In the past century alone,  over 50,000 named varieties have been listed and that number is growing due to the dahlia’s continuing popularity.

Today the dahlia remains the national flower of Mexico from whence it came, and now shared and treasured throughout the entire globe. 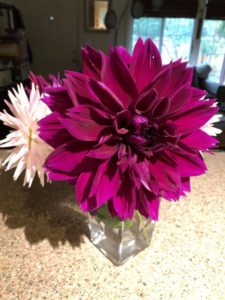 Dahlias from the Garden